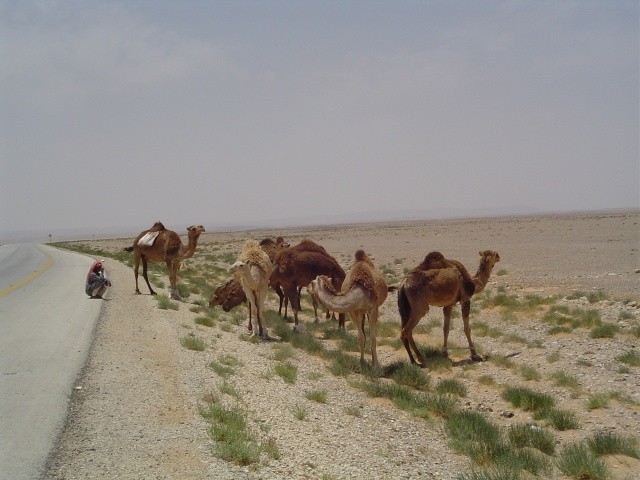 On the second trip to Jordan, we headed back to Petra [Petra-travel-guide-1309147]. Mario had arranged a second taxi (driven by a friend of his) to take all of us out for a few days. So armed with backpacks and what nots, we piled into the two taxies for a very long drive on another very hot day. Thank goodness for airconditioning.

Along the way we came across some camel herders, so we stopped to stretch our legs (and the Dutch have some pretty long ones). There was one particular camel that even smiled for the camera. And the youngs ones were so cute. I did find it alittle sad that their front legs were loosely tied with what looked like bed sheets, which I was told was to prevent them from running away. 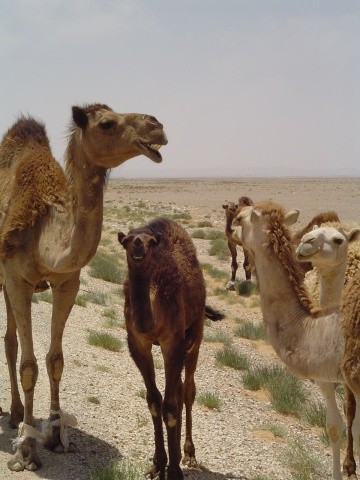 Smile !I couldn't imagine trying to chase a camel down in the desert.

Once we arrived in Petra, Jay and I decided to spend the day at the pool while the rest of his colleagues took in the sites of the old city. Ok, the entry cost had something to do with our decision as well as the fact that he has seen it several times now. I have included some photos of Petra that were taken by colleagues.

At the end of the day, we piled back into the taxies and headed south to spend the night under the stars. We arrived at a Bedouin camp which I thought was pretty modern for the desert. Jay said it was a different camp from the last time he was in Wadi; then it was a large open tent with mats on which everyone slept. This camp had several 2-persons tents with cots in them, a large dining area and primative showers and toilets, but still better than nothing. 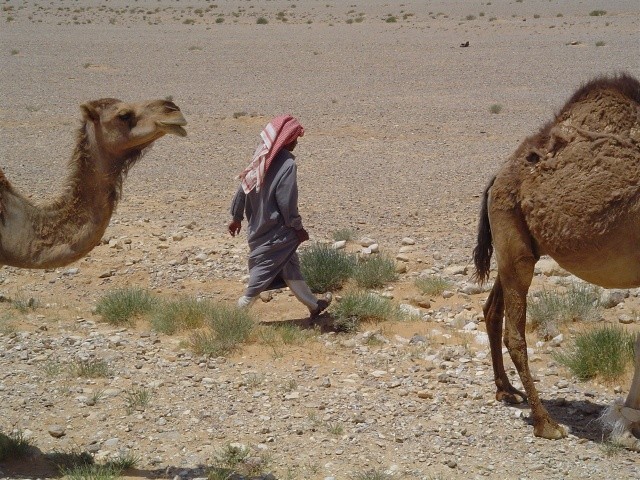 After dinner, we sat around until our eyelids started to droop then everyone headed to their tents. Because it was such a beautiful night, we dragged our cots out into the open, formed a circle with our heads next to each others and climbed in under the comforters. All I can say is WOW ! I had never seen such a beautiful night sky in all my life. I felt small....very small. The Milky Way was so clear to see and we spent half the night trying to identify the constellations. I remember when I was in high school I wanted to study astronomy only it conflicted with another subject I wanted to take. At that moment I regretted not being able to do both.

The next morning, Jay and I climbed to the top of the sandstone monument next to the camp to watch the sunrise. What a great way to start the day. After breakfast, we packed our things, thanked everyone for their hospitality, piled back into the taxies and headed for a dip in the Dead Sea. 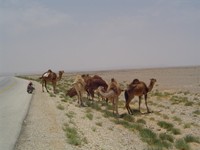 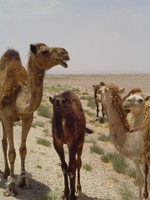 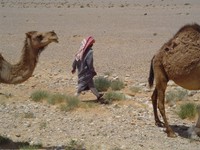 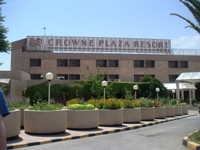 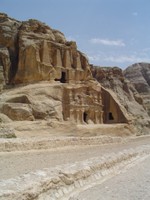 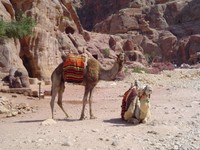 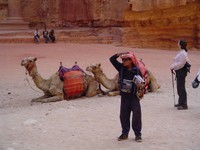 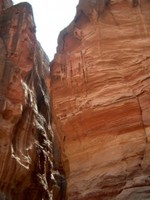 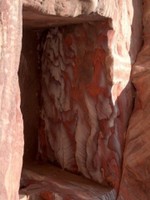 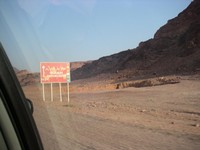 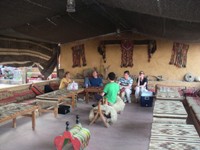 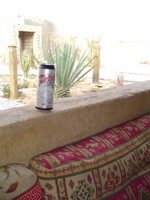 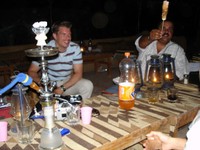 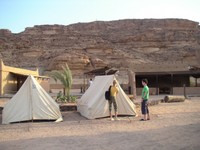 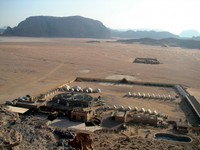 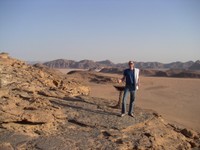 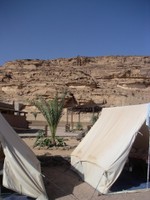 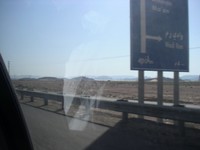 Posted by ms_travelr 17:00 Archived in Jordan

Previous Next Table of contents

This blog requires you to be a logged in member of Travellerspoint to place comments.

If you aren't a member of Travellerspoint yet, you can join for free.